Sullivan’s Island has a rich ecosystem that is home to a variety of wildlife. Our beaches, marshlands and accreted land provide a unique opportunity to view many animals in their natural habitat. Loggerhead turtles, dolphins, marsh hen and ospreys are just a few of the animals that cohabit with us on our small island. 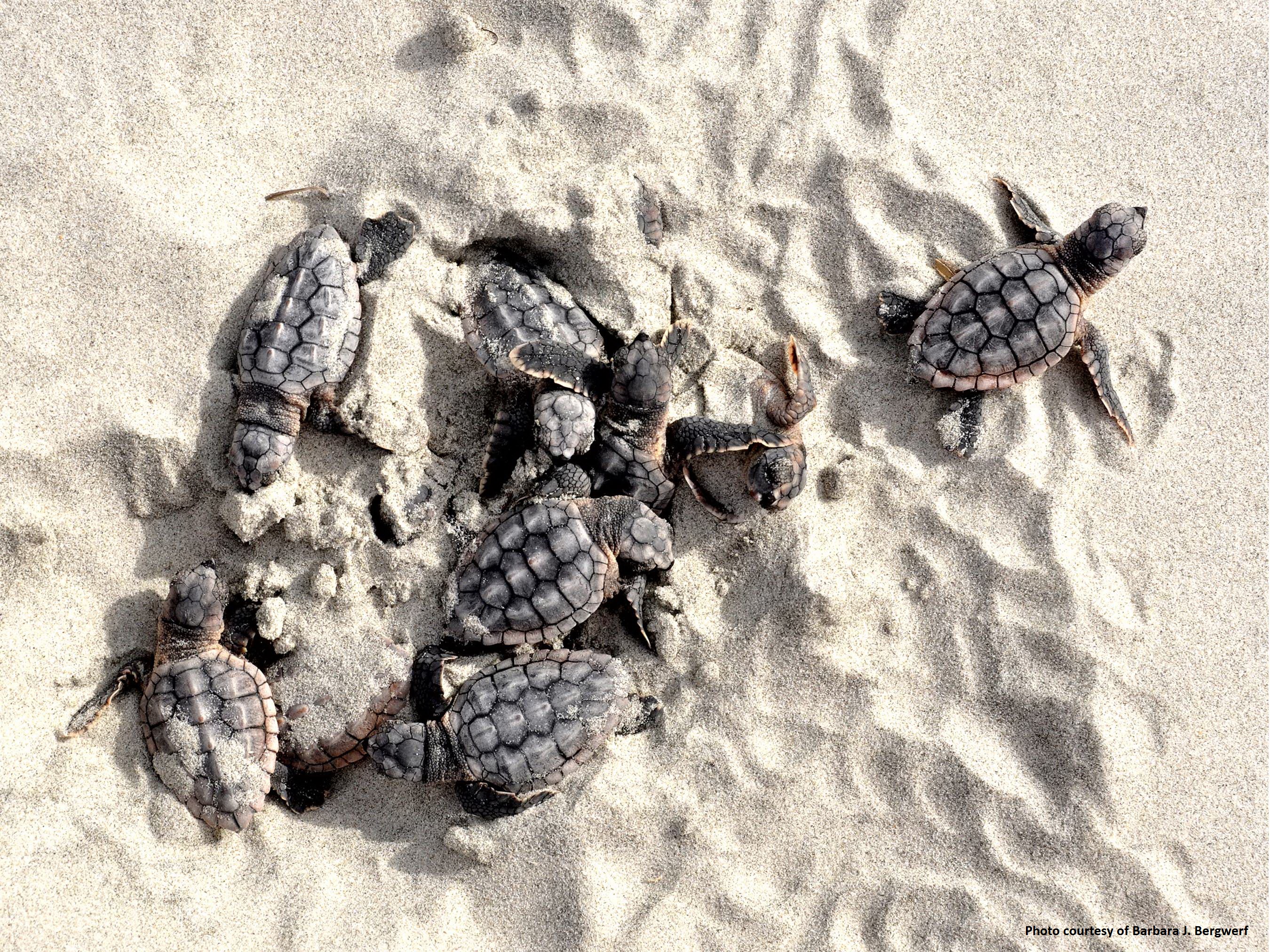 The beach on Sullivan’s Island is the nesting ground of the loggerhead turtle which is the state reptile of South Carolina. Each summer when they lay their eggs here, volunteers on the Island Turtle Team who work for the SC Department of Natural Resources, mark and protect their nests until they hatch and produce another generation of tiny loggerheads. Another task of the Turtle Team is to rescue injured sea turtles which could include not only loggerheads but also green, Leatherback and Kemps Ridley sea turtles all of which are endangered. They are taken to the SC Aquarium’s Sea Turtle Care Center in downtown Charleston where they receive life saving medical care and are very often released back into the ocean.

South Carolina designated the loggerhead sea turtle as the official state reptile in 1988 after a request made by a 5th grade class. Loggerheads make an extended migration between their feeding grounds and nesting locations. Sullivan’s Island is one of their prime nesting spots along the South Carolina coast.

Turtle nesting season is designated between May 15th and October 31st. Each summer when they lay their 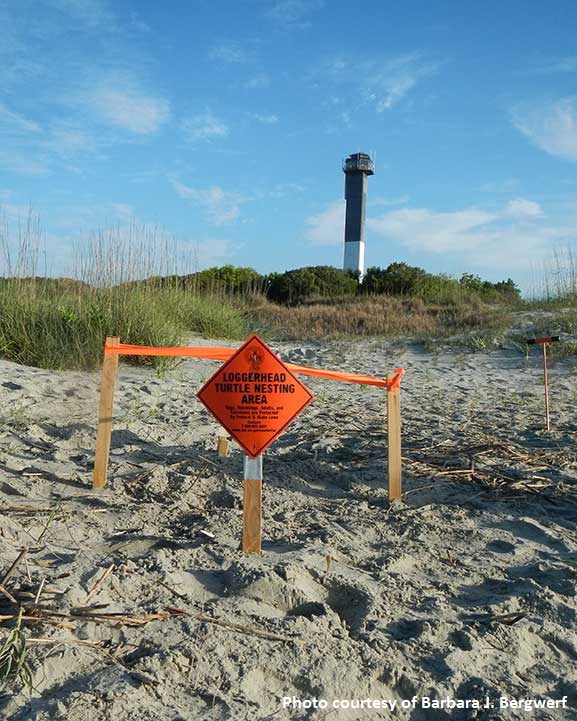 eggs, volunteers on the Island Turtle Team who work for the SC Department of Natural Resources, mark and protect their nests until they hatch and produce another generation of tiny loggerheads.  According to Section 14-23 of the Town Code of Ordinances it is unlawful for any source of light to be

emanating from a man-made device external to or outside of a house or structure that may be visible from the beach area designated as a protected area for sea turtle nesting, between the dune line or stable vegetation line and the mean low tide line, during turtle nesting season. It is also unlawful to allow a dog to roam dune areas, disturb nesting sea turtles, turtle nests or turtle hatchlings.

Coyotes typically live in agricultural communities but their relatively high tolerance for human population has allowed for coyotes to adapt in most areas of South Carolina, including Sullivan’s Island. Coyotes look like small, shepherd like dogs. They are opportunistic feeders and, while small rodents and rabbits comprise most of their diet, they are attracted to unsecured and accessible garbage or compost piles. Coyotes can be a risk to household pets. You can greatly reduce the risk of conflict with a coyote if you keep your dog on a leash while walking them and walking them in high traffic areas during the day. Coyotes are typically most active beginning at twilight and during the night. The only way to guarantee your cat’s safety is to keep them indoors.

What Should I Do? 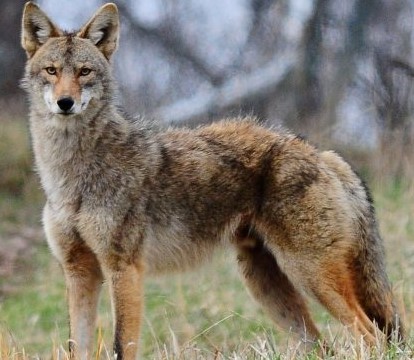 Although naturally curious, coyotes are usually timid animals and normally run away when confronted or challenged. If you see a coyote don’t ignore it. This may cause it to lose its natural fear of people, which could eventually lead to aggressive behavior.

To immediately discourage a coyote you should make loud noises, shout and bang loud objects, throw small stones or cans or spray the coyote with a water hose. Commercial repellent sprays are also available at many local retail shops.

In an emergency always dial 911! If a coyote is aggressive, approaching a person, biting, growling or snarling unprovoked dial 911 and continue to exaggerate the discouraging actions listed above. Don’t turn away or run. The coyote may see this as an opportunity and chase. Keep steady eye contact and slowly move toward other people, a building or other area of activity. If you see coyote and you would like to report it, please contact Sullivan’s Island Animal Control 843-743-7200. For information on coyote please view our